Highlighting recent publications by UT staff and faculty. These books are for a general interest audience.

Menchaca’s book is one of 12 in the Texas Bookshelf series commissioned by the University of Texas Press. The series offers narratives of the state’s past coupled with pivotal modernism through the history of politics, the arts and racial struggles from pre-Columbian times to the current century.

“The Mexican American Experience in Texas” focuses on the Mexican American struggle for equality, examining major turning points in the advancement, denial or reversal of the group’s civil rights. Menchaca organized the book chronologically to emphasize the long battle for equality while providing context to understand the progress we see in society today.

“I wanted to demonstrate that the Mexican American population has contributed a lot to the democratic process of making Texas a better place to live,” Menchaca says. “They weren’t just humble people being victimized. They were fighting back against inequality.”

Menchaca says the core of her book seeks to affirm a history of discrimination without insulting the general public of Anglo Americans. She wanted to provide these experiences as a learning tool rather than an attack.

“Whether we like it or not, these events happened, so throughout the book I wanted to focus on the facts,” Menchaca says. “(The book) is related to the perspectives of the period and the struggles to change all views about who is equal and who is unequal.”

In earlier chapters, Menchaca showcases how policies that appear to be neutral are often systematically designed to target certain populations. The last chapter of the book focuses on how immigration affected the composition of the Mexican American community, which was predominantly U.S.-born before the rise of Latin American immigration during the late 1980s.

Throughout the fun of digging through archives to find pivotal events, Menchaca still faced challenges. She struggled writing the first chapter because of the complex racial heritage of Mexican Americans, she says, but felt it was important to understanding the rest of the book. Because Mexican Americans were labeled people of color or mestizos rather than other white ethnicities, they weren’t considered equals to their Anglo American neighbors. The chapter also incorporates how the segregation and exclusion of Mexican Americans differed from that experienced by African Americans.

Another issue Menchaca faced was condensing the impact of federal legislation on the state of Texas.

“If changes don’t take place on a federal level, nothing’s going to happen at the local level, so I felt this (couldn’t) just be a local analysis of the struggles of Mexican Americans. It has to also be an institutional study of the U.S. government agencies,” Menchaca says. 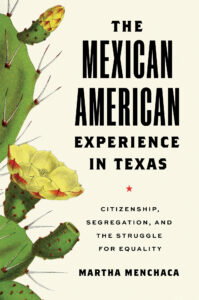 Menchaca’s academic background gave her the confidence to deconstruct the long, complex history while making it accessible so more people could learn the truth. Two of her previous books focused on Texas-specific themes, including reconstructing the racial heritage of Mexican Americans and explaining the naturalization process that Mexican immigrants undergo when applying for U.S. citizenship. Those themes guided Menchaca to expand her historical and cultural analysis in this book.

She says she felt inspired by the history and wanted to do it justice.

“What caught my heart the most was the work of civil rights activists,” Menchaca says. “I think, ‘Wow, they’ve dedicated their time; they took time out of their professions to accomplish something that was necessary.’ (Fighting for equality) was necessary.”

Menchaca hopes the book provides an understanding of an overlooked topic. Mexican Americans had to assert their standing as citizens to be recognized, she says, and their racial discrimination should not go undocumented.

“The book is proof that democracy did gradually and slowly work,” Menchaca says. “They are a group that, not by choice, has always been identified as less than the Anglo American population. After years and generations of fighting, they won. Their struggles, their resilience should not go unnoticed. It should be known and spread through the masses.”

OTHER WORKS
Notable publications by staff and faculty members 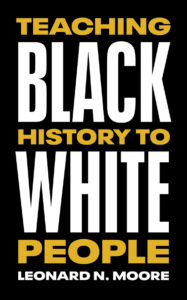 Teaching Black History
to White People
By Leonard N. Moore
Drawing on decades of experience in the classroom and his own history, Moore explains why it is vital for everyone to have an understanding of Black history. Moore is the George Littlefield Professor of American History and executive director of the UT HBCU Initiative. 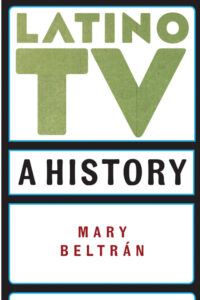 Latino TV: A History
By Mary Beltrán
This work covers seven decades of Latina/o television in the United States, from Westerns of the 1950s to the wave of Latina-made series of the 2010s. Beltrán is an associate professor in the Department of Radio-Television-Film. 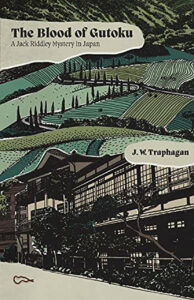 The Blood of Gutoku: A Jack Riddley Mystery in Japan
By J. W. Traphagan
In this novel, Jack Riddley, an anthropologist, gets caught up in a murder investigation as he retires to a small village in Japan. Traphagan is a professor in the Department of Religious Studies. 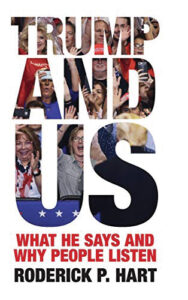 Trump and Us: What He Says and Why People Listen
By Roderick P. Hart
This book examines the depth and breadth of support for Donald Trump during the 2016 campaign and early in his presidency. Hart holds the Allan Shivers Centennial Chair in Communication in the Department of Communication Studies.

Recommend a book at pitch@texasconnect.utexas.edu.