Use a single hour break to take advantage of many unique university area offerings.

Delicate architectural details such as intricate stone carvings and vibrant tiles are the hallmark of the Forty Acres. In the early 20th century, UT was still establishing itself as an institution, and President Sidney Mezes recognized the importance that architecture would play in elevating UT to be a world-class educational institution.

Arguably the most influential structure born of that era is the UT Tower. Designed by Paul Cret, a leading architect in prewar America, the Tower stands more than 300 feet tall and was the central focus of Cret’s master plan for the university. It has remained an instantly recognizable centerpiece since its completion in 1937.

While the Tower might be the first building that comes to mind on the subject of UT architecture, there are many architectural gems on campus to appreciate. Look through this gallery and see how many buildings you can identify, or take a stroll around campus to look for them in person.

The Answer Key to the clues is at the bottom of this page. 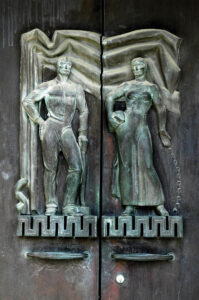 (1) The simple, clean shape of this building and the bronze west doors indicate that this museum was built in the popular 1930s art deco style. 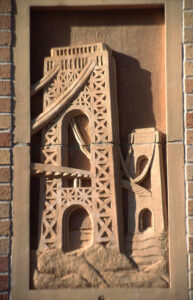 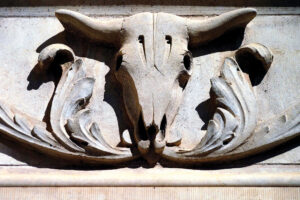 (3) Named for the history department’s first chair and a founding member of the Texas State Historical Association, the building that has this detail was completed in 1926. 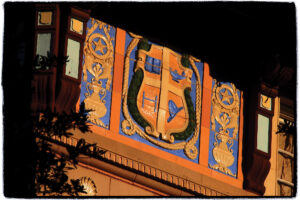 (4) This building was completed in 1925 for a cost of $400,000. Originally planned to be built at the corner of Guadalupe and 24th streets, it was moved farther east to save three of the oldest trees on campus, the Battle Oaks. 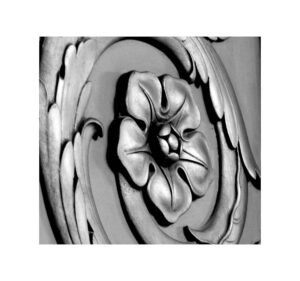 (5) This detail is in a building completed in 1937 and designed by the master architect Paul Cret, who crafted the university’s master plan. 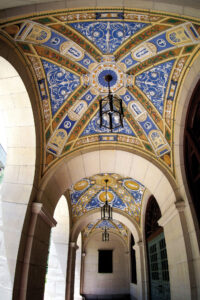 (6) Built to house university administration, this building was designed by Cass Gilbert, who also designed the U.S.Supreme Court. Later, it housed the College of Education and is named for its first dean. 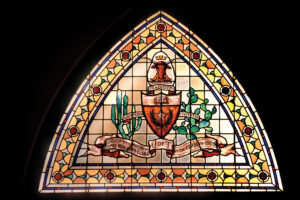 (7) This stained glass window was originally on the south doorway of the old Main Building and is a gift from the class of 1909. 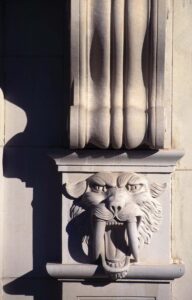 (8) This saber-toothed cat detail is on the original Geology Building.

(9) This detail was constructed in 1931 and depicts Texas citrus exports. The building is now home to the Department of Classics. 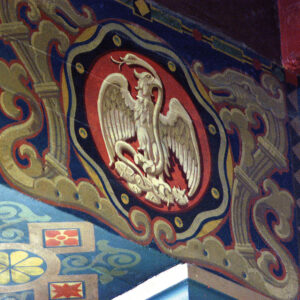 (10) This is on the ceiling of the reading room in one of the university’s main libraries. 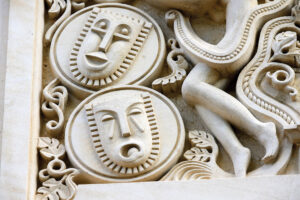 (11) This building was built in 1933 to serve as a college independent community center, or “living room,” on campus. 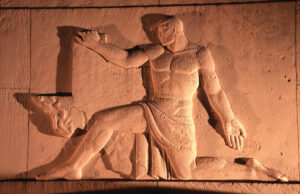 (12) This bas-relief is by William McVey, distinguished sculptor and member of the Fine Arts faculty. 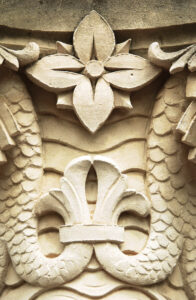 (13) The professor this building is named for the director of Women’s Physical Training and was  instrumental in promoting sports for women on campus and beyond. 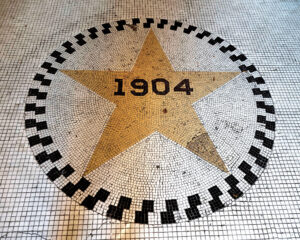 (14) Designed and built in 1904, this building has the distinction of being the oldest academic building still standing on the original Forty Acres. 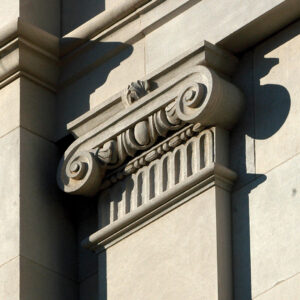 (15) This building is named for the School of Domestic Ecology’s founding faculty member (now Human Ecology).